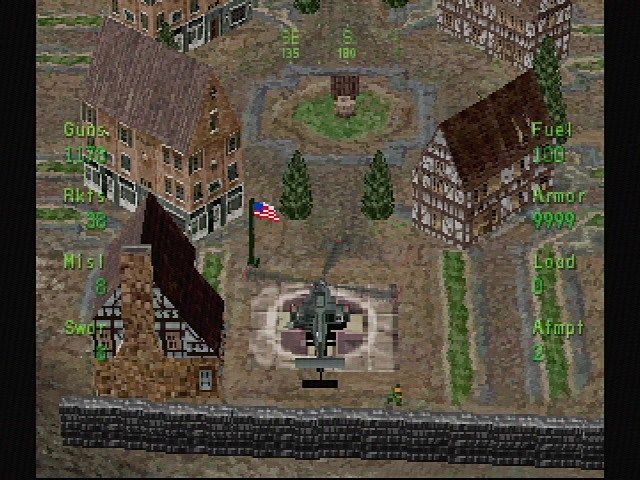 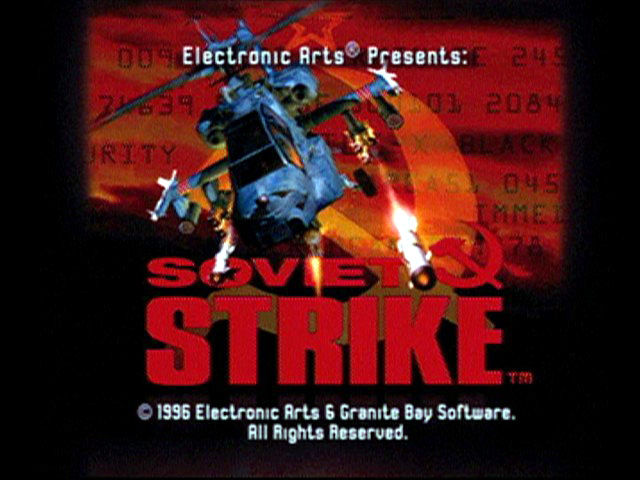 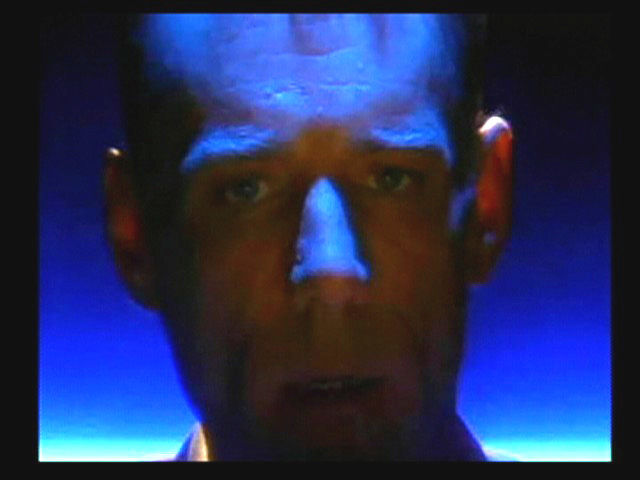 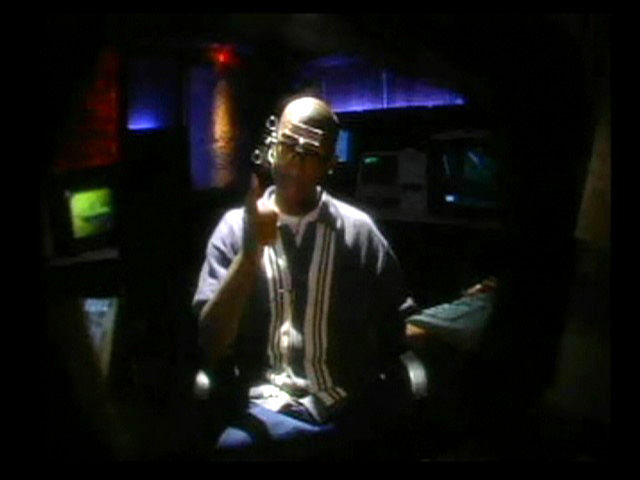 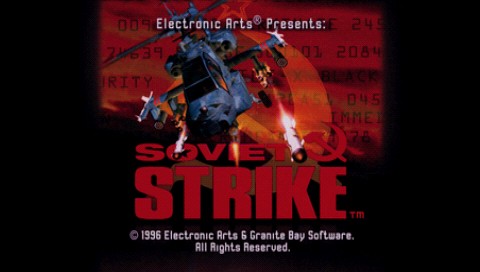 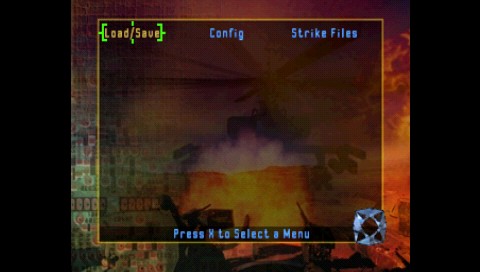 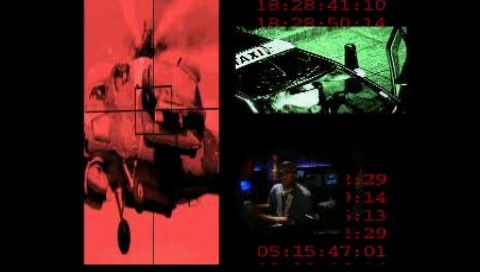 Soviet Strike is a helicopter-based shooter game developed and published by Electronic Arts for the PlayStation in 1996 and the Sega Saturn in 1997. The game is a sequel to the Strike games which began on the Sega Genesis with Desert Strike: Return to the Gulf. Soviet Strike is the series’ first installment for a 32-bit console and was first conceived as 32-bit Strike. Early on, it was intended for the 3DO console, before development changed to the PlayStation.

Soviet Strike is set after the disintegration of the Soviet Union, and takes place in a fictionalised Russia, Eastern Europe and around the Caspian Sea. The player pilots an Apache helicopter and battles with the forces of Shadowman, a renegade ex-communist figure. Like its predecessors, the game features shooting action mixed with strategic management of fuel and ammunition, but has more authentic 3D graphics, as well as a modified overhead – as opposed to isometric – perspective. The game also features a more realistic enemy artificial intelligence and environment. Critics received the game positively, praising the graphics and full motion video, while commentary on the gameplay and difficulty was more mixed.

NFL QB Club 2001 is an American football game for the Nintendo 64 and Dreamcast. It was released in 2000. Part of the NFL Quarterback

Ultimate Soccer is a 1993 soccer video game by Rage Software released for the Mega Drive/Genesis by request of Sega which even allowed their mascot,